Roatan was on our radar as one of the top spots in the world for marine life.  Honduras itself, however, has the highest murder rate of any country in the world.  We felt safe, but were warned that the mainland was very dangerous.   We were later told that the gas station we used had been robbed, hence the four security guards with automatic rifles and large clubs.  Yikes. 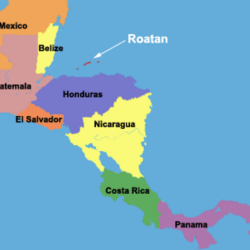 Roatan is Honduran, just off the coast. 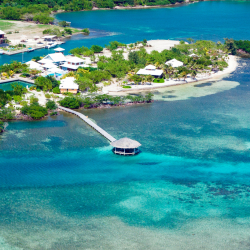 Barefoot Cay (pronounced Key), is where we stayed. That open sided round place with the thatched roof is a palapa, with hammocks. 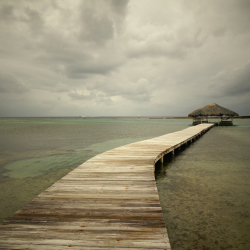 Heading out to our palapa for a morning snorkel. 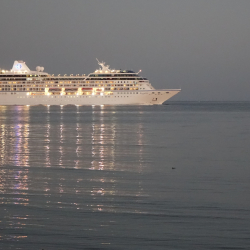 What a contrast – a local fisherman, casting his net while standing on coral, passed by a luxury cruise ship. 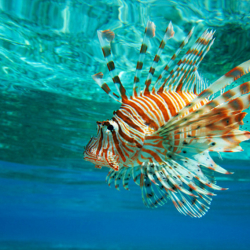 Lionfish are venomous, native to Pacific waters, but unwelcome in the Atlantic and Caribbean. Here, they are hunted to prevent their consumption of native marine life, threatening extinction. 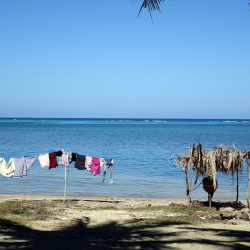 Caribbean dryer on the left. On the right is the washer, a land based dugout canoe. 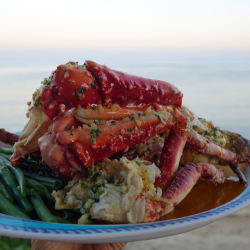 Caribbean King Crab was a surprise – incredibly tasty. Eating it is a messy business of mallets, cutting boards and napkins. Lots of napkins. 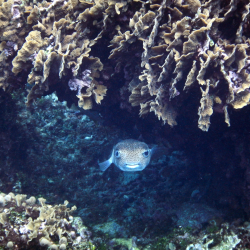 A porcupine fish, as curious about me as I was about her. 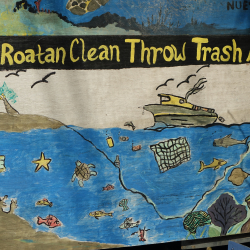 Garbage is a constant problem. There aren’t enough trash cans, litter is everywhere. 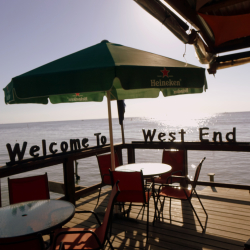 This could be in a Heineken commercial, right? 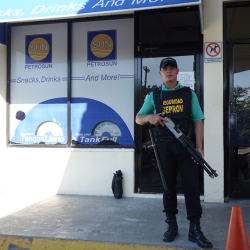 One of four VERY armed guards at the gas station. I asked permission before I took this photo. 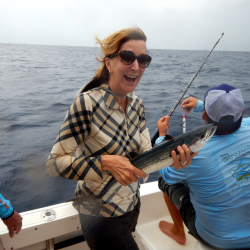 Holy mackerel! I caught the biggest and the most fish on this trip! 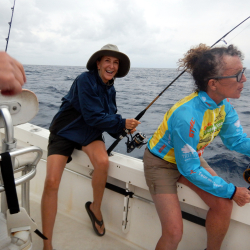 The gals are on it, for a double strike. 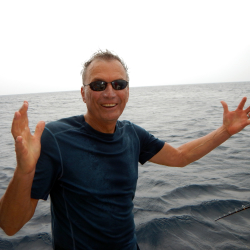 Mike showing the one that got away. He did catch a little Bonito, which we used for bait. So I won $8 for the day, but he won Miss Congeniality. 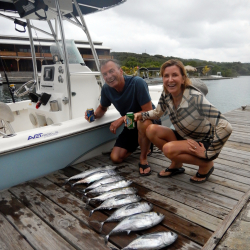