After the Revolutionary War, General George Washington hoped to live as a wealthy gentleman farmer in Virginia. But his sense of duty to his country was so great that instead he went on to serve his country as the first president of the United States in 1789. All in all, he spent 50 years in public service.  After his first term as president, Washington was unanimously re-elected for a second term. Retiring in 1796, it seemed Washington might finally be able to relax on his estate in Mount Vernon. But in 1798, when war with France seemed near, Washington again accepted command of American forces. He died the next year. His eulogy reads, “first in war, first in peace, and first in the hearts of his countrymen.” 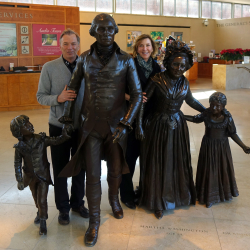 Washington was 6’2″ and cut an imposing figure. His wife, Martha, was barely 5 ft. tall, but wore her hair and her mop cap high. 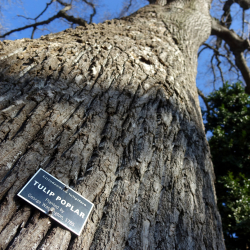 Washington was active in landscaping the property. He planted this tree! 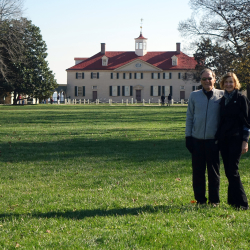 At 11,000 square feet and 2 1/2 stories with a full cellar, Mt. Vernon dwarfed other residential houses in Virginia. 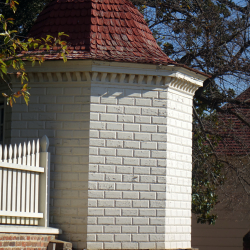 Rustication is a way to carve wooden exterior, topped with a little sand in the wet paint, to make it look like stone. Washington used it to preserve historical structures, like this outhouse. 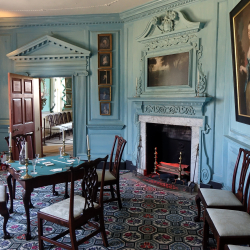 The West Parlor at Mt. Vernon was a favorite meeting place. Imagine Washington, Adams and Jefferson in a card game. 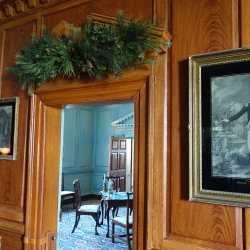 Holiday decor in Washington’s day was very low key. No trees, just boughs above the doors. 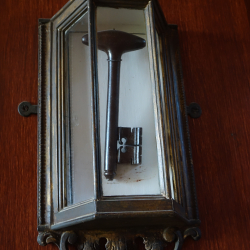 The Key to the Bastille, prominently displayed in the foyer, was given to Washington by the Marquis de Lafayette in 1890, following the destruction of the notorious prison during the French Revolution. 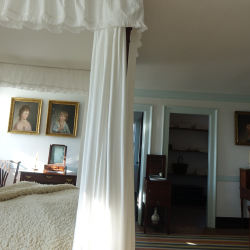 Despite four separate blood lettings, drinking a concoction of molasses and vinegar, and an enema, Washington died of an upper respiratory disease at age 67. 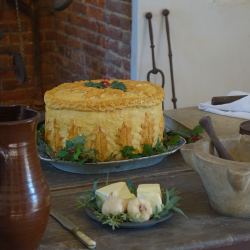 Great Cake was a Christmas tradition, with 40 eggs, 4 pounds of butter, flour, dried fruit and spices. It was Martha’s specialty. 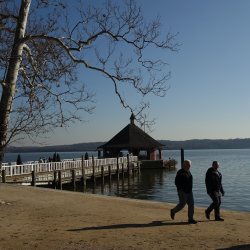 The dock on the Potomac welcomed friends and dignitaries. About 65% of the time, George and Martha had overnight house guests. 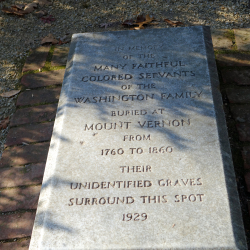 Washington specified the emancipation of his slaves in his will. He had seen “colored” Revolutionary soldiers, and thought slavery was wrong, well ahead of his time. 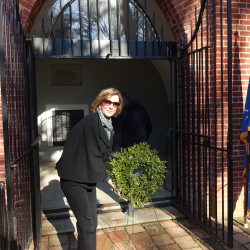 I was honored to be chosen among the crowd to lay a wreath at Washington’s grave. We’ve said the Pledge of Allegiance many times, but never with such lumps in our throats.