There are about 600,000 visitors a year to Graceland, which is owned by his only daughter, Lisa Marie Presley.  The name Graceland comes from the prior owner’s Aunt Grace.  The main house is about 10,000 square feet, sitting on 15 acres that include room for horses, and a whole lot of gift shops.

Elvis saw his star fade in the late 60’s as the Beatles and Rolling Stones led the British Invasion.  He convinced TV executives to reboost his popularity with a 1968 TV special.  More households tuned in to watch Elvis than watch the moon landing a year later. 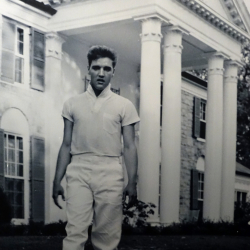 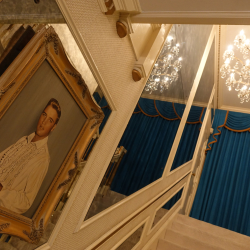 Notice the hair? This is a rare photo of Elvis’s real hair color – light brown. He dyed it black for the rest of his life.

Lisa Marie’s play corner of the living room. She was only 9 when he died. 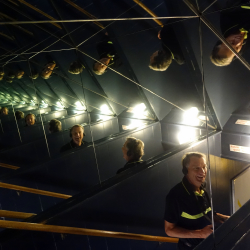 Elvis loved his mirrors – there are plenty all over the house. 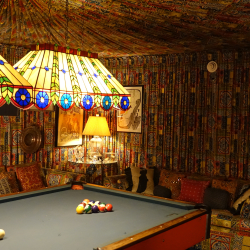 Over 300 yards of fabric were pleated to cover the walls and ceiling in the pool room. 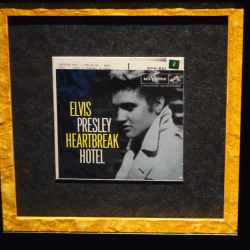 Heartbreak Hotel, his first #1 record, was written based on a newspaper article about a suicide. 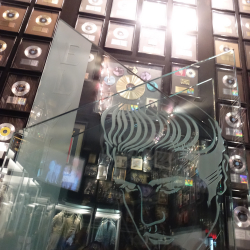 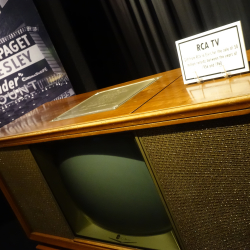 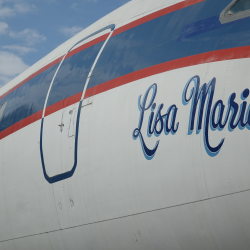 The 28 seat Convair 880 Jet was retrofitted by the same designers who did Air Force One. 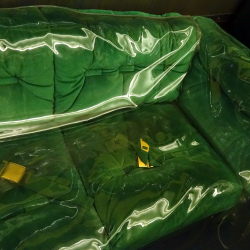 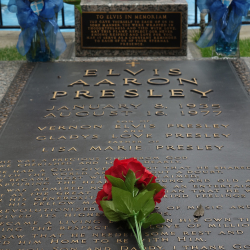 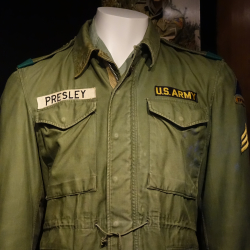 Elvis was drafted at age 23, and met a very young 14 year old Priscilla while stationed in Germany. 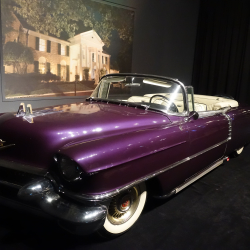 Elvis bought this 1956 Cadillac Eldorado, originally white, and had it custom painted purple. 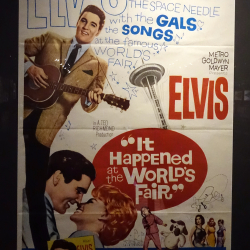 Elvis starred in 31 movies, but was insecure about acting. 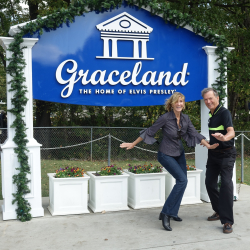 After hours of Elvis music, we had to break into a twist!