It rained heavily in Charleston, enough to snarl traffic with flooding detours.   Locals are still recovering from the horrific storm earlier in October that dropped 17 inches of rain in 17 hours.  They’re also recovering from the storm of criticism for the delay in taking down the Confederate flag from the statehouse.  They finally passed that bill in June of 2015, in order to calm racial tensions following the mass murder of a black Bible study group by a white supremacist, right here in Charleston. 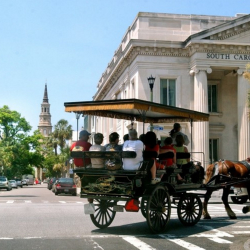 Carriage rides are THE touristy thing in Charleston. 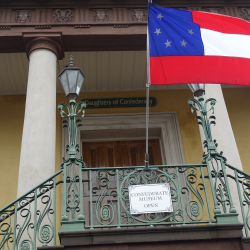 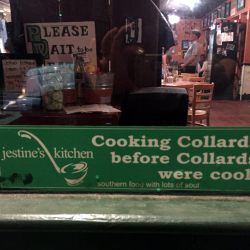 Collards are good, but they were generally loaded up with ham and bacon. 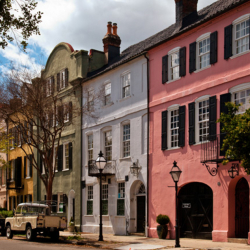 Rainbow row, a famous section of 13 pastel houses. One owner discovered color in the 1930’s and the others followed suit. 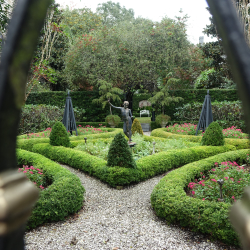 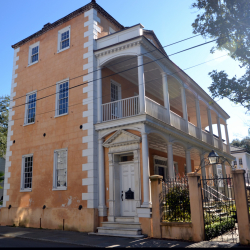 Charleston lots are typically narrow, so many houses sit sideways, with an exterior porch door leading to the real front door. 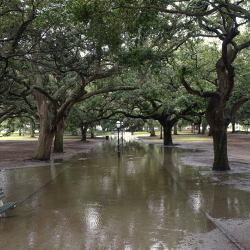 The Battery, a peninsula seawall, looking dreary. Historically it was used for lynchings. 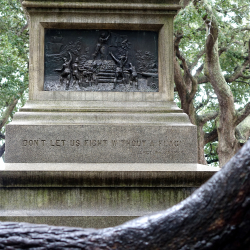 “Don’t let us fight without a flag!” The hoisting of an American flag in Charleston was seen as a declaration of war back in 1863. 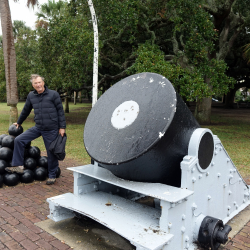 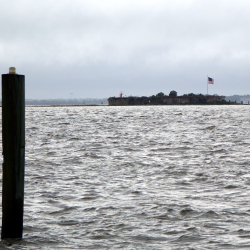 The Fort Sumter battle started the Civil War, after South Carolina seceded and demanded that the US Army abandon its base in Charleston harbor. 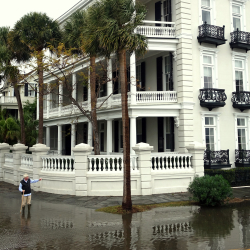 The gentleman was frantically trying to clear the drain in front of his stately antebellum home. 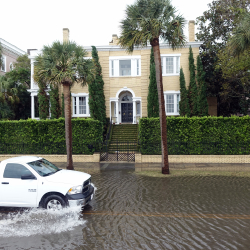 This flooding was a result of a King Tide (especially high tide) while we were there. 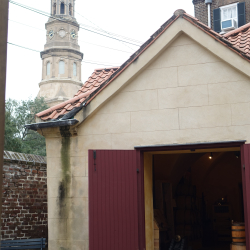 The Powder Magazine was built in 1713 to store gunpowder supplies. Walls are 3 ft. thick at the bottom, tapering off at the top. Topped by a huge layer of sandbags under the roof, in order to contain any blasts. 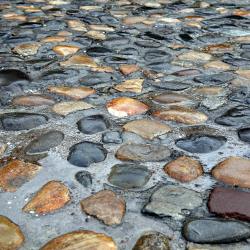 River rock cobblestones are not native to Charleston. They were brought over as ship ballast. 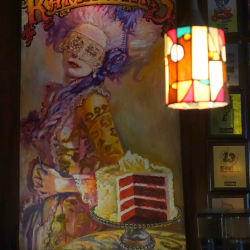 Kaminsky’s pecan pie is to DIE for.