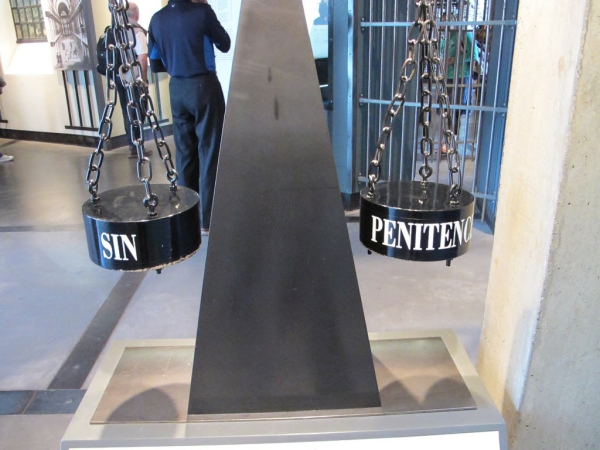 Kilmainham Gaol (Jail) in Dublin was built in 1796, and served as a prison for 128 years. It played an important part in Irish history, as many revolutionary leaders were imprisoned and some executed on site by the British. Makes you appreciate Washington, Adams and our other brave American patriot leaders.

The Great Potato Famine, between 1845 and 1852, was a time of mass starvation, disease and emigration from the island of Ireland. The population dropped by 25%, as 1 million people emigrated from Ireland and 1 million people died. All due to the blighted potato crop.
People were so poor, hungry and desperate that they would commit a crime just to get INTO the jail, to get a roof over their heads and a meal every day. The prison was bursting at the seams, with up to 5 people in each small cell.
There was no segregation. Men, women and even children were in this jail together. Prisoners were given one candle, which was supposed to last for 2 weeks and a blanket. It was a dismal place, albeit quite bright as they thought that an abundance of windows would cheer the prisoners (compared to a dungeon) and make it easier to guard. 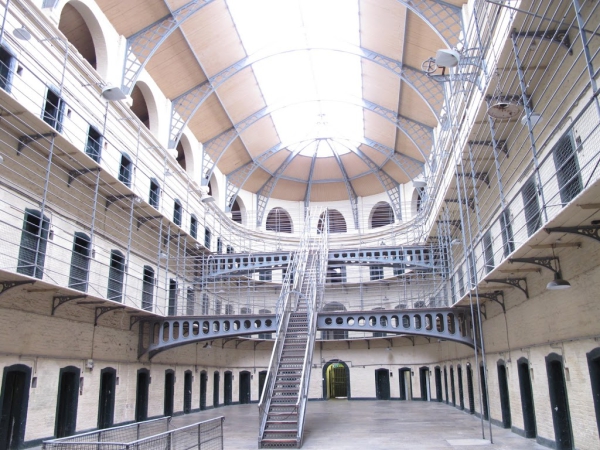 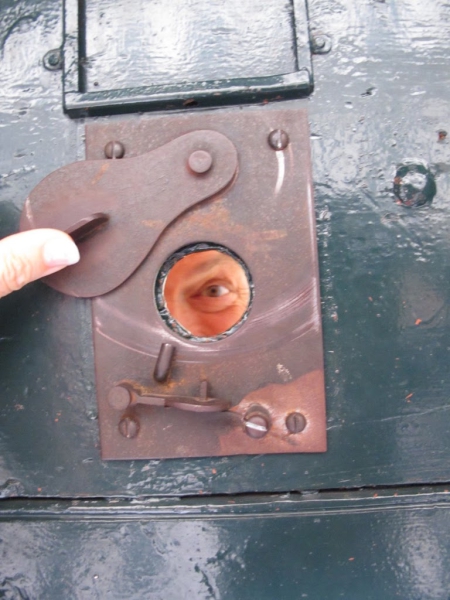