We camped in the midst of the largest protected grizzly bear population in the world, so we were expecting company. One grizzly sniffed us floating down the river and ran toward our raft at full gallop!!

In camp we had another grizzly stare us down.  We grabbed pots, pans, a boat air horn, whistles, and pepper spray (which Mike’s holding in his right hand). This bear stood on his hind legs from 60 yards away, but was scared off by the boat horn. The seven of us stood together, to appear large (bears can’t see well) as Mr. Grizzly slowly circled camp, looking back to see if we were looking back at him. You betcha.

How to tell a grizzly from a black bear? They have a telltale hump in their shoulder blades. Adult grizzlies are larger than black bears, too large to climb trees, so they generally stand their ground. While they do not consider humans as prey, they will stand and be aggressive if surprised. Did you know grizzly bear claws are twice as long as their toes?
Mike remained armed with bear pepper spray, which seemed like a good idea until he accidentally shot himself at close range while trying to put the safety back on the can. It was seriously scary – David (our friend, guide and an actual trauma surgeon) poured buckets of water on his face to flush the pepper spray out of his eyes. Mike couldn’t open his eyes for another 2 hours and looked like he had severe sunburn for a few days.
Mike’s comment??
“Oh, man, the bear’s not gonna like this at ALL!” 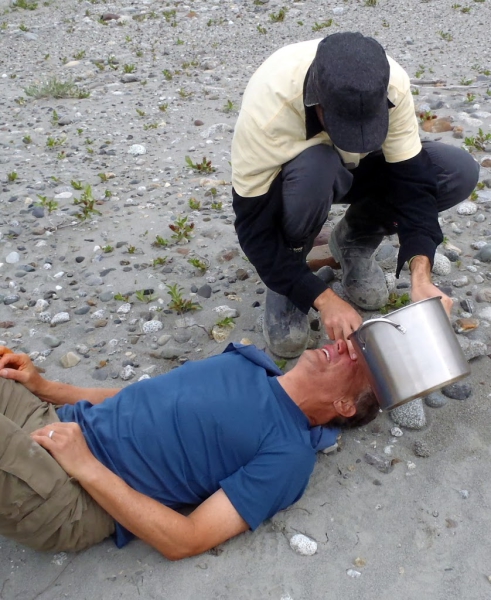 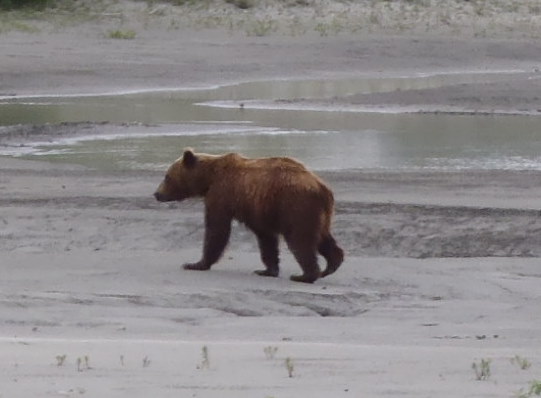 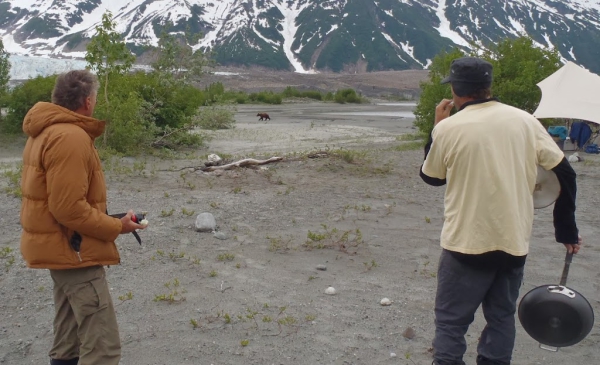