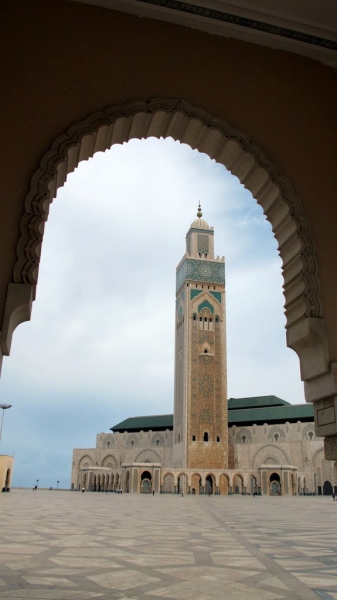 A labor of love and a work of art, the Hassan II mosque was completed in 1986, built partially over the Atlantic Ocean. Worshippers can see the water through the glass panels on the floor.

It’s the world’s third largest mosque (after Mecca and another in Saudi Arabia). The large tower is a minaret, to make the mosque visible from a distance. In olden days, someone would climb up the minaret and sing out the call to prayer 5 times a day. Now it’s done by loudspeaker. This is the tallest minaret in the world at 210 meters. The inside is magnificent, with chiseled tile, sculpted marble and ceilings of handcrafted cedar wood.
Islam is the fastest growing religion in the world. There are 5 pillars of faith required:
1) Belief in monotheism with Mohammed as messenger. They believe Allah is the only god, Abraham and Jesus were prophets.
2) Muslims pray 5 times a day, and must to a ritual “wash” before prayers to make sure the prayer is heard.
3) Charitable giving to ease economic inequality and hardship. Alms to the poor.
4) Fasting during the month of Ramadan, no food or drink from sunrise to sunset.
5) Pilgramage to Mecca, if able, all Muslims must go to Mecca once in their life. 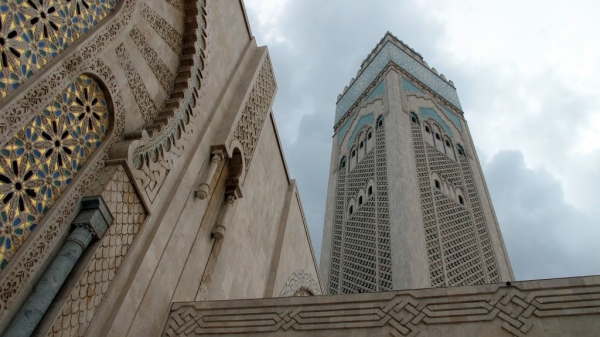 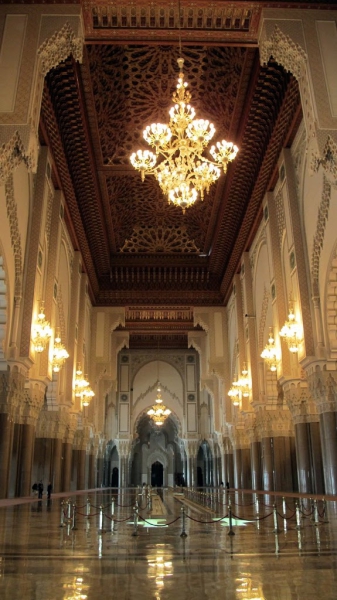