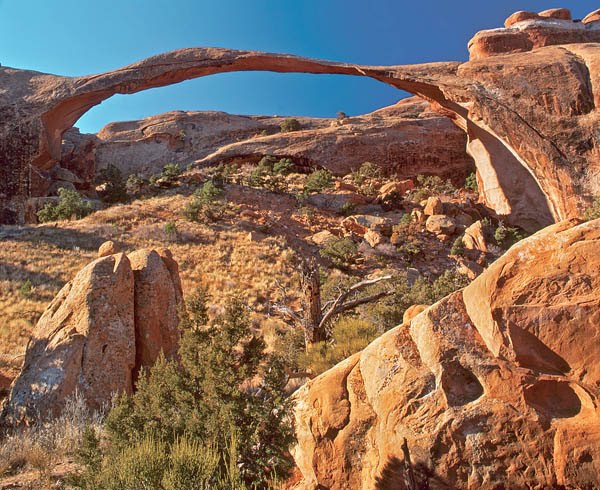 Interesting story about these two sandstone arches in Arches National Park in Moab.

The long skinny one is called Landscape Arch, and it is the longest natural arch in the world.
The other arch is called Delicate Arch, and it’s famously displayed on Utah’s license plate, postage stamps and lots of stuff in Utah’s knick knack paddywack stores. The Olympic torch passed under it in 2002 on its way to the Olympics in Salt Lake City, UT.
Here is the odd thing: So called “Delicate Arch” has sturdy stubby legs, and a great view behind it. So called “Landscape Arch” is very thin and has no view behind it. Per local expert Aron Smith, that’s because in the 60’s when this was merely a state park, the names were actually opposite. Seems more appropriate, doesn’t it? Per Aron, when it became a National Park, the signs were inadvertently mixed up, and once the thundering hoards of tourists arrived, it was too late to change them back. 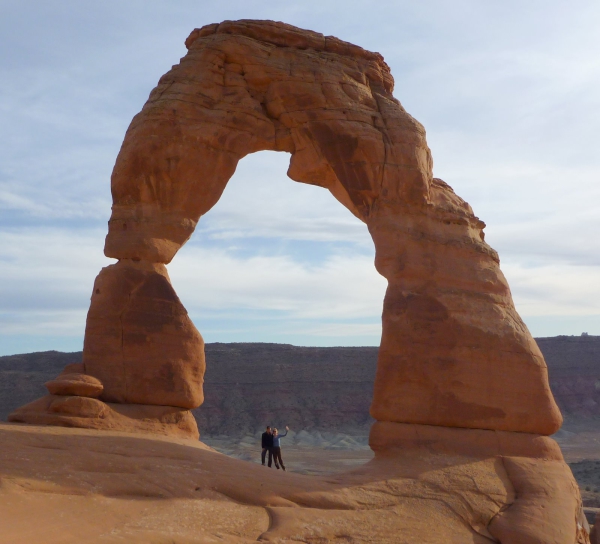 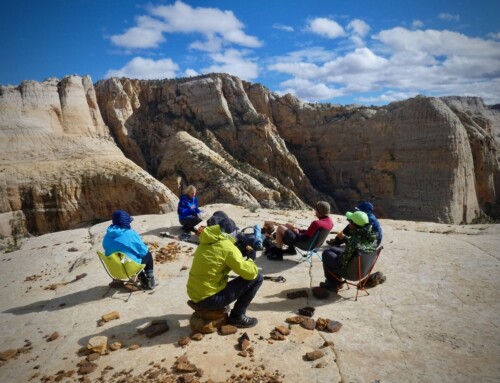 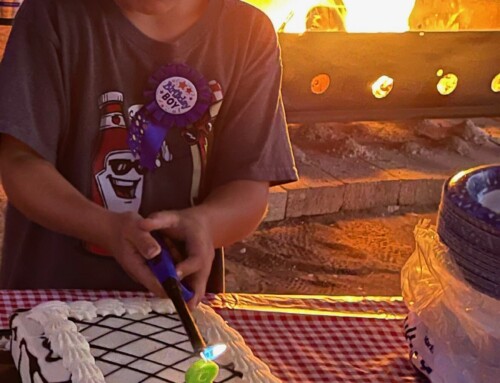 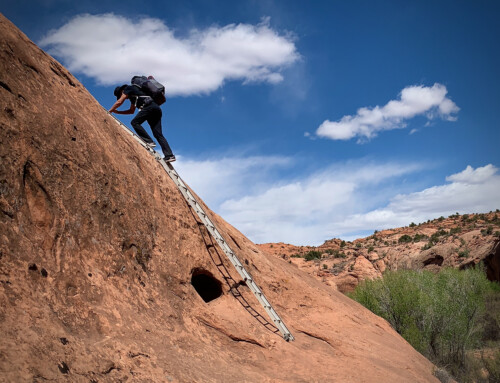 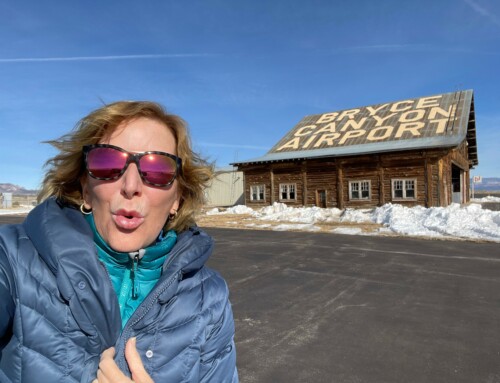 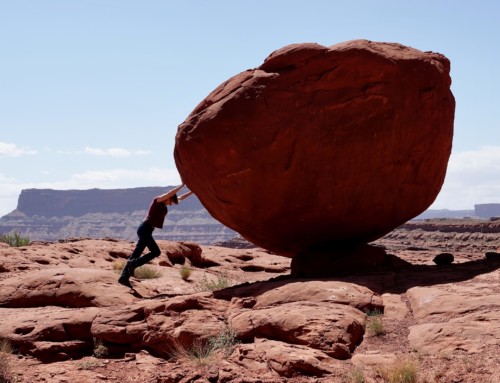