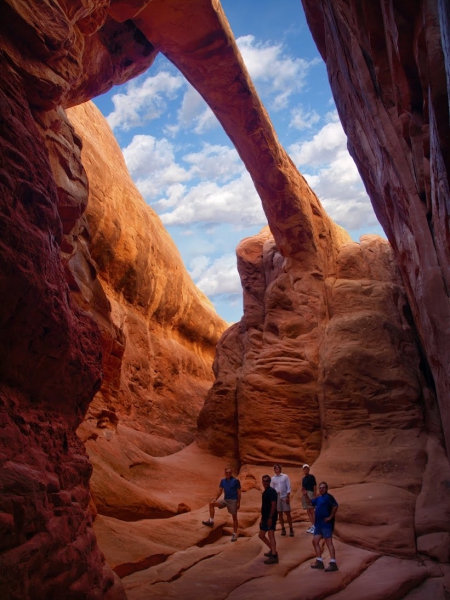 Mike and the guys pose below Morning Glory arch in Arches National Park, where they paired up and did simultaneous rappels (no fixed anchors, just line and a lotta trust). Mike & Dan paired together, and from the top each would inch their way toward the edge of the arch, being careful to keep the rope taught with heavy friction on the surface of the arch. This friction is what allowed them to use no anchor. It’s an adrenaline rush as you put your full weight on the rope and edge over the arch with only your buddy to hold you!!

Deep in the Fiery Furnace of Arches National Park, these intrepid hikers caught the last rays of daylight on one of the sandstone fins, with a dance that would have made the ancient Indians proud. Who says these guys don’t shake a leg when their gals aren’t around?? 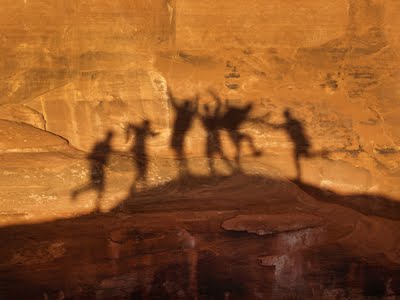