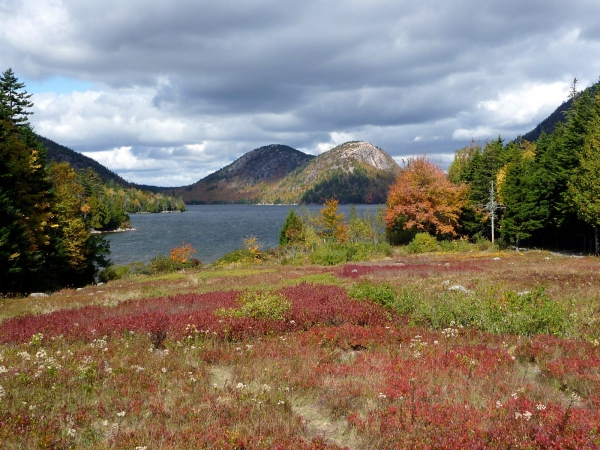 It was cool & cloudy, but the clouds made a dramatic backdrop to the brilliant leaves.

Acadia is #10 on the most visited national parks in the US. About a third of the land for the park was donated by John D. Rockefeller, Jr – who also built many of the carriage roads and some beautiful stone bridges that later became park property.

Acadia’s “peak” is Cadillac Mountain (bottom photo), which at 1,527 ft. is the highest point on the east coast. It’s the first place the morning sun hits the United States. Not too high by west coast standards!! 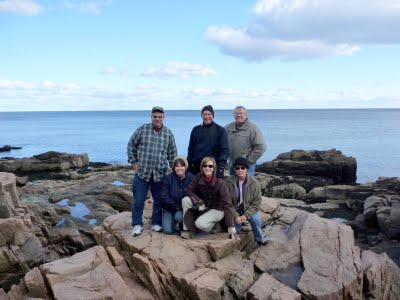 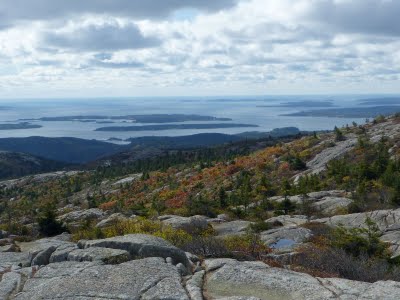