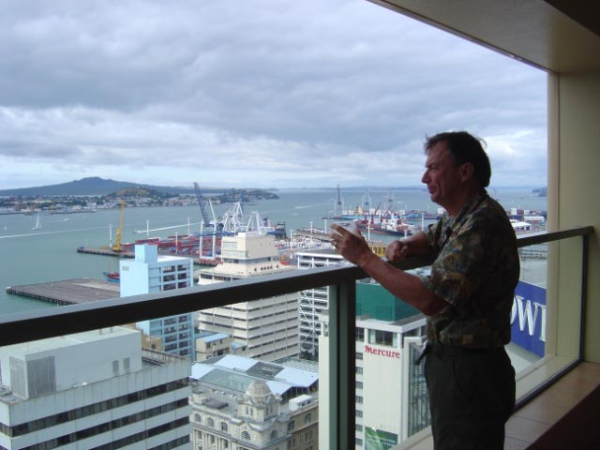 Wow – a beautiful city! It’s like Seattle on a five star August day. The waterfront is bustling with people for a maritime festival – street performers, lots of food, sailboats and cruise ships.

We had dinner at a casual waterfront place called Degree, where they bring your food to you raw on an extremely hot stone, and you cook it at your table.

Mike easily mastered driving on the left side of the road, but managed to run the winshield wipers instead of the blinker at least 10 times. Hysterical. In a cruel twist of reality, he’ll probably do the exact same thing when we get home with his car!